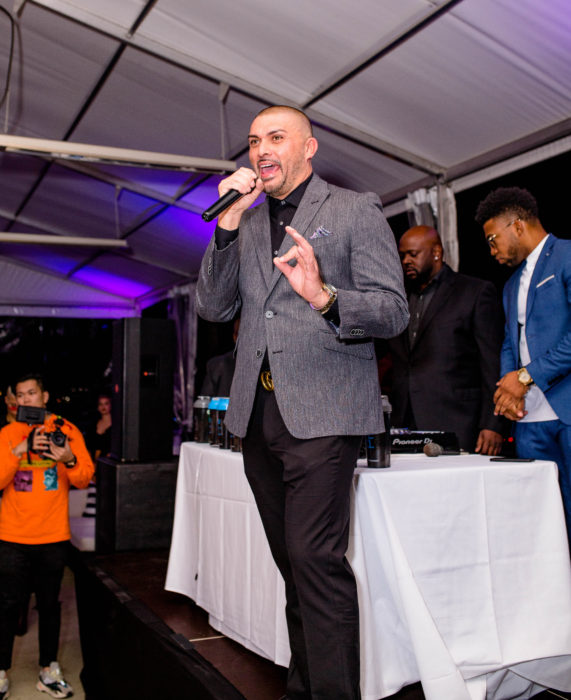 Posted by Daniel Markland on April 9, 2019 | Featured | No Comments

Daniel Markland fell in love with hip-hop when he was eight years old. Every music lover remembers their first album, and his was LL Cool J’s “Bigger and Deffer” and Run DMC’s “Raising Hell.” He was fascinated with the technical aspects of the music, from samples to the song structure, and when his family moved to San Ysidro, California when he was nine, he suddenly had access to bootlegs of New York mixtapes at the local swap meets. “I hustled up enough money to buy an Akai sampler and coupled it with an old family computer to start making simple beats. This was my intro to computers and technology,” he says. “There was a lot of people making music. I didn’t know anyone that was making software. Next level shit, right?”

He realized early on that the opportunities in San Ysidro were limited, and that he “didn’t want to be a statistic.” So at 15, he checked out a book from the local library and spent the summer teaching himself C++ on the same computer he had been using to make beats. The following year, he began a business creating web pages for local businesses. He was looking to pay his way through San Diego State University, but by the time he got there, he realized he knew enough about programming that he could have taught the class. Because of this, his college career was short-lived. “I dropped out after my first semester and never looked back,” he says. “Turns out, developing software is JUST like making music.”

Fast forward to 2015, after a long run in both music and tech, Daniel needed a solution to problems he encountered as he pursued a DJ/production career. “[I] didn’t have the time to consistently market myself and chase gigs, et cetera, with my tech career,” he says. He needed an edge, but knew that digital marketing takes a lot of time, as does creating content. “Then the expectation is to give it away for free. You put your heart and soul into your content and the social platforms make all of the money. Some sucker shit, right?”

Inspired by entrepreneur Gary Vaynerchuk’s book, “Jab, Jab, Jab, Right Hook: How to Tell Your Story in a Noisy Social World,” he formed his digital marketing philosophy: “It’s simple,” he says, “Create dope content but put snippets out on social. Draw everyone back into your own world, your own app, where you can monetize the engagement.” This way he and other DJs or artists, and even brands, could fully monetize their work, by circumventing social platforms’ business models.

“The social services have it rigged and do what’s best for themselves. For example, algorithms,” he says. “You can have 1000 followers but less than 100 will even see your post. You have to pay to get your message to all of your followers. Additionally, you have to play by the service’s ever changing rules. Ever had a video taken down from SoundCloud or been in Facebook jail? Lastly, God forbid an outage like what happened last month.”

So Versl was born. The work he had put in, now is what the Versl platform is, a tool that makes having an app accessible to all. Versl is about creating a digital world for your brand while monetizing and controlling your content.